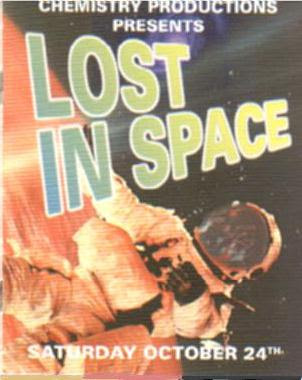 When we were lining up for tickets to see Necromantic at the Bloor cinema at night, the street seemed unusually quiet. Then we noticed a lot of people were actually crammed inside bars having their eyes transfixed to the satellite TVs. Necromantic was a German 8 mm video shown on silver screen, a B-movie about a Blondie member look-a-like who loves everything in a corpse. Towards the end of the movie there was this scene where the protagonist wandered around the hillside. It was unnecessarily long and he seemed to be rejoicing for no apparent reason (which happened in B-movie a lot). Then someone in the audience shouted, the Jays won, the Jays won the World Series. I thought maybe they were just making fun of the movie but just before we left, the organizer announced that it was true.

So it was rejoice, rejoice. Honking cars in a long, long queue on the road. Everyone seemed to be out on the streets, cheering, shouting , harassing passers-by. It was almost as exciting as New Year's Eve on the subway at Yonge & Bloor. Everyone passing by on the street has a smile on his/ her face. We then took the subway to Union Station. It was free of charge. On every platform of every stop we heard cheering. One guy had his head stuck out the train door and made some chicken noise. Then he rapidly pulled back just in time before the door shut on him. Everyone laughed. Then as we got out of Union Station, millions of people walked towards the West. They must have just got out of Skydome and were cheering and shouting. A Canadian flag was waved and the kids jumped on the taxi car roof but the driver didn't seemed to mind. These people,(mostly Caucasians, some Asians) were actually quite orderly even when excited. Some stopped next to us and "high-fived" with us.

The Chemistry rave bus that we got on by the Union Station was delayed for half an hour because of the crowd. People climbed on to the roof of the bus and banged on it. Then they climbed to the front wind shield till the bus driver shouted. The teens next to us inside the bus were very cool and humorous. They used a lot of slangs and had a thick accent.
A.D. of Exodus shook hands with us at the rave but I could not make out a word he said because of his accent. A Vanilla-Ice look-a-like with his Asian girlfriend said he saw us at Bloor and could sense that we were coming to this rave. Mr. C made us dance till 5a.m. It had been a warm and friendly day/ night/ morning.