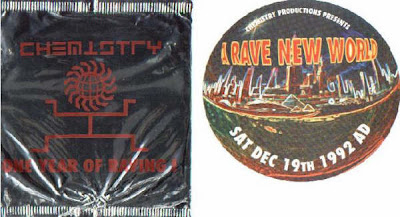 Woke up from a nap that lasted for hours. It is now 7:32p.m.. The euphoria I felt this morning had worn off, replaced by a numbness & sleepiness.

For two days in a row, I had been feeling strangely serene and contented. The mere sight of the warm, orange light illuminating from the cheap chandelier hanging above the round dinner table could put me in a state of bliss.

Thinking back, the Babylon party at Go Gos last night at mid-night started off badly. The doorman could not find our names on the guest list. It was an easy matter to pay five dollars cover but we had been told by T. & D. at Babylon at least three times that we would be on the list. It was embarrassing but what the hell, we were there and we had to go in.

Go Gos was style hell. All the squares, the Eighties-fixated, the guys in casual jeans and the cheesy go-go girls were there. As for the music, Eighties music in a supposedly Nineties club - Rick Astley, New Order, Depeche Mode on one floor; Madonna, 2 Unlimited and what sounds like Chris Sheppard's selection of obsolete technos on the other. And the crowd cheered, what can I say?

Babylon's fashion show was o.k.. The male & female models all looked unexpectedly good and in style. Their hair was also done well, 2 buns on each side of the head. (I was wearing the same, ha). The clothes - Anna Sui's suits & knits, John Fluefog's shoes and Duffer of St. George's were all a bit misrepresented. They were all turned into grunge. Everything got turned into grunge simply because it's big in the States. Some low-key heavy metal/ hard rock was played to match/mismatch the clothes.

Spoke with D. who was smart to flaunt her best features, her cleavage and her lily white flesh.
At A Rave New World organized by Chemistry (also their 1st year anniversary), everyone we had ever met at parties came to greet us. Other than that, the music was not that great. It was the people this time that made it worthwhile. There was G. (the guy in a tall hat at Union Station), the girl we shared a cab with last time, A.D. of Exodus and an angelic, English looking friend. A.D., P & I exchanged compliments. He mentioned his ambition to open a private club. An older woman who showed up in many Exodus raves also danced there. I wished to myself that I could be as free when I reached her age. It would be nice if people of all ages can share the same experience.

P. & A.D. both played the virtual reality game and both lost. They said their vision got blurred.
The sweet aroma of x's cologne stayed on my mind